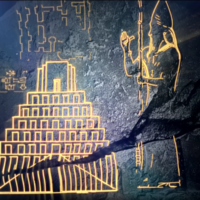 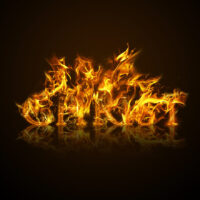 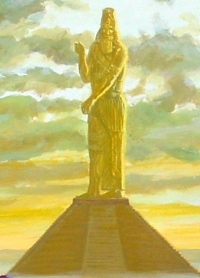 Therefore at that time certain Chaldeans came near, and brought accusation against the Jews.  They answered Nebuchadnezzar the king, “O king, live for ever!  You, O king, have made a decree, that every man that hears the sound of the horn, flute, zither, lyre, harp, pipe, and all kinds of music, shall fall down and worship the golden image; and whoever doesn’t fall down and worship shall be cast into the middle of a burning fiery furnace. There are certain Jews whom you have appointed over the affairs of the province of Babylon: Shadrach, Meshach, and Abednego. These men, O king, have not respected you. They don’t serve your gods, and don’t worship the golden image which you have set up.” 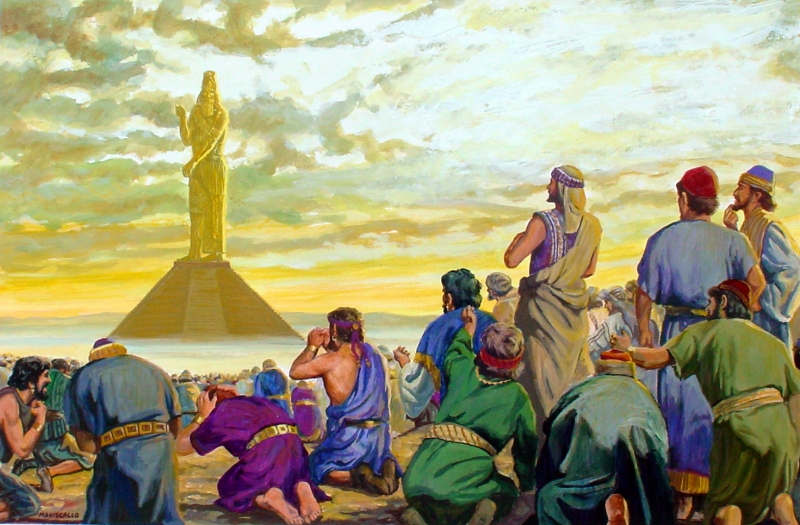 Then Nebuchadnezzar in rage and fury commanded that Shadrach, Meshach, and Abednego be brought. Then these men were brought before the king.  Nebuchadnezzar answered them, “Is it on purpose, Shadrach, Meshach, and Abednego, that you don’t serve my god, nor worship the golden image which I have set up?  Now if you are ready whenever you hear the sound of the horn, flute, zither, lyre, harp, pipe, and all kinds of music to fall down and worship the image which I have made, good; but if you don’t worship, you shall be cast the same hour into the middle of a burning fiery furnace. Who is that god that will deliver you out of my hands?” 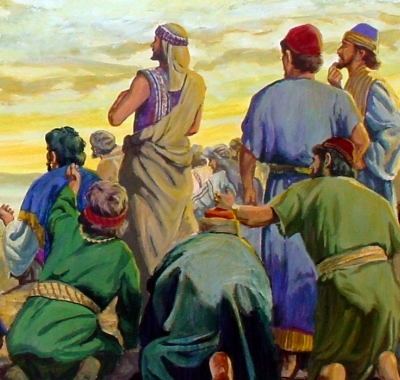 Shadrach, Meshach, and Abednego answered the king, “Nebuchadnezzar, we have no need to answer you in this matter.  If it happens, our God whom we serve is able to deliver us from the burning fiery furnace; and he will deliver us out of your hand, O king.  But if not, let it be known to you, O king, that we will not serve your gods or worship the golden image which you have set up.” 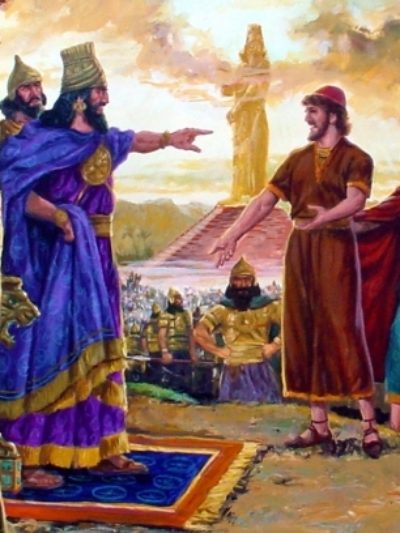 Then Nebuchadnezzar the king was astonished, and rose up in haste. He spoke and said to his counselors, “Didn’t we cast three men bound into the middle of the fire?” They answered the king, “True, O king.”  He answered, “Look, I see four men loose, walking in the middle of the fire, and they are unharmed. The appearance of the fourth is like a son of the gods.”  Then Nebuchadnezzar came near to the mouth of the burning fiery furnace. He spoke and said, “Shadrach, Meshach, and Abednego, you servants of the Most High God, come out, and come here!” Then Shadrach, Meshach, and Abednego came out of the middle of the fire.   The local governors, the deputies, and the governors, and the king’s counselors, being gathered together, saw these men, that the fire had no power on their bodies. The hair of their head wasn’t singed. Their pants weren’t changed, the smell of fire wasn’t even on them.

But Peter and the apostles answered, “We must obey God rather than men.  Acts 5:29

…walking in the midst of the fire, and they have no hurt; and the form of the fourth is like the Son of God!

The voice of the LORD divideth the flames of fire.  Psalm29:7 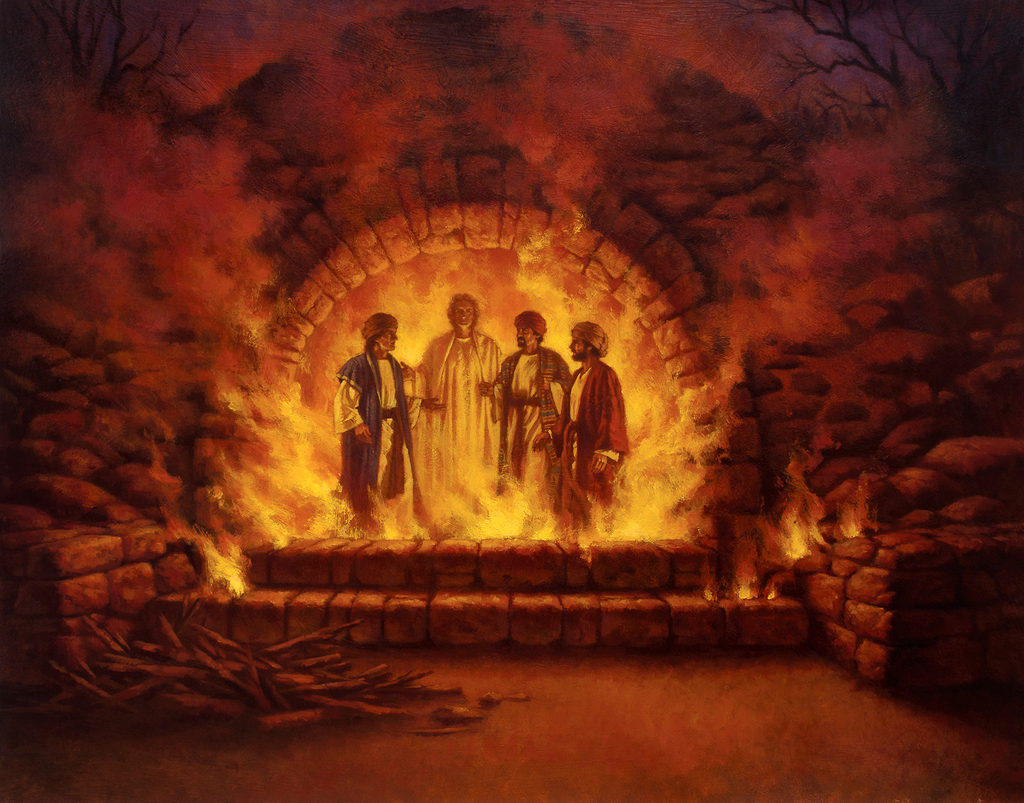 What more shall I say? For the time would fail me if I told of Gideon, Barak, Samson, Jephthah, David, Samuel, and the prophets; who, through faith subdued kingdoms, worked out righteousness, obtained promises, stopped the mouths of lions,  quenched the power of fire, escaped the edge of the sword, from weakness were made strong, grew mighty in war, and caused foreign armies to flee.  Hebrews 11:32-34 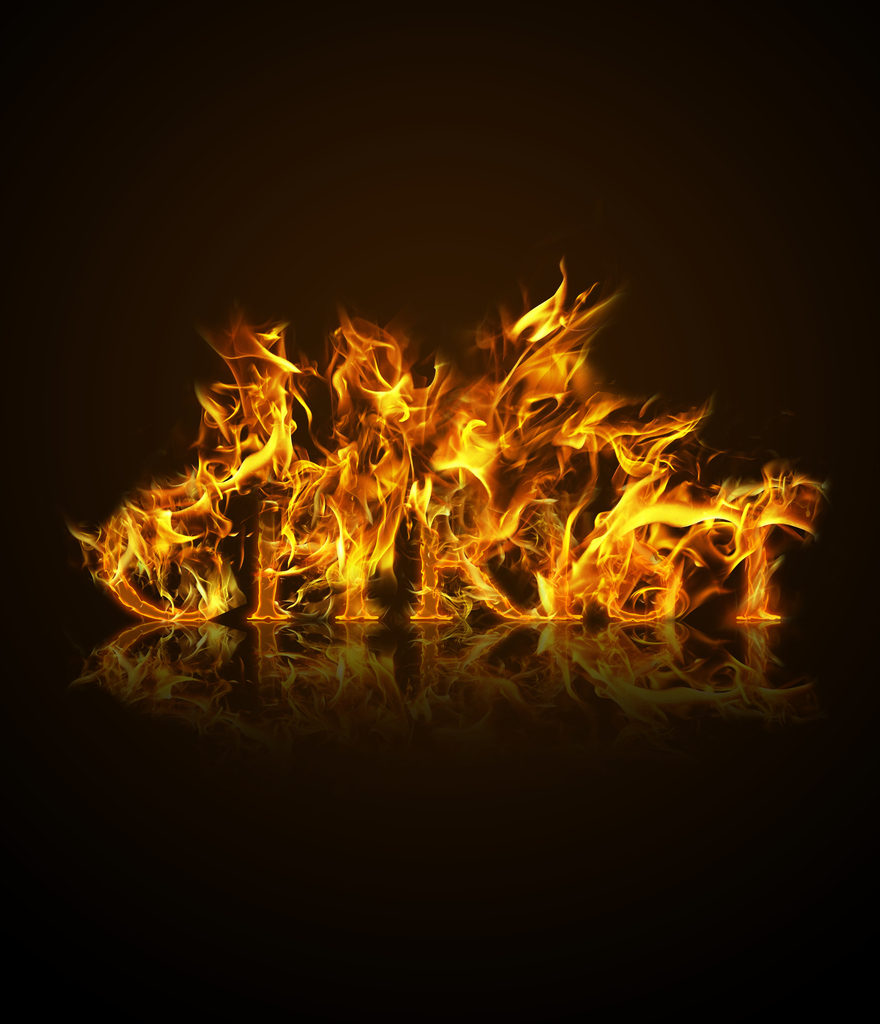 Yahweh reigns! Let the earth rejoice! Let the multitude of islands be glad!  Clouds and darkness are around him. Righteousness and justice are the foundation of his throne.  A fire goes before him, and burns up his adversaries on every side.  His lightning lights up the world. The earth sees, and trembles.  The mountains melt like wax at the presence of Yahweh, at the presence of the Lord of the whole earth.  The heavens declare his righteousness. All the peoples have seen his glory.  Let all them be shamed who serve engraved images, who boast in their idols. Worship him, all you gods!   Zion heard and was glad. The daughters of Judah rejoiced, because of your judgments, Yahweh.  For you, Yahweh, are most high above all the earth. You are exalted far above all gods.  You who love Yahweh, hate evil. He preserves the souls of his saints. He delivers them out of the hand of the wicked.  Light is sown for the righteous, and gladness for the upright in heart.  Be glad in Yahweh, you righteous people! Give thanks to his holy Name.  Psalm 97

Moreover the light of the moon will be like the light of the sun, and the light of the sun will be seven times brighter, like the light of seven days, in the day that Yahweh binds up the fracture of his people, and heals the wound they were struck with.  Behold, Yahweh’s name comes from far away, burning with his anger, and in thick rising smoke. His lips are full of indignation, and his tongue is as a devouring fire.  His breath is as an overflowing stream that reaches even to the neck, to sift the nations with the sieve of destruction; and a bridle that leads to ruin will be in the jaws of the peoples.  You will have a song, as in the night when a holy feast is kept; and gladness of heart, as when one goes with a flute to come to Yahweh’s mountain, to Israel’s Rock. Yahweh will cause his glorious voice to be heard, and will show the descent of his arm, with the indignation of his anger, and the flame of a devouring fire, with a blast, storm, and hailstones.  Isaiah 30:26-30

Therefore, receiving a Kingdom that can’t be shaken, let’s have grace, through which we serve God acceptably, with reverence and awe, for our God is a consuming fire.  Hebrews 12:28,29

He makes his messengers winds; his servants flames of fire.  Psalm 104:4   Of the angels he says, “Who makes his angels winds, and his servants a flame of fire.”   Hebrews 1:7

… Since it is a righteous thing with God to repay affliction to those who afflict you, and to give relief to you who are afflicted with us, when the Lord Jesus is revealed from heaven with his mighty angels in flaming fire, …2 Thessalonians 1:6,7

This is now, beloved, the second letter that I have written to you; and in both of them I stir up your sincere mind by reminding you; that you should remember the words which were spoken before by the holy prophets, and the commandment of us, the apostles of the Lord and Savior:  knowing this first, that in the last days mockers will come, walking after their own lusts,  and saying, “Where is the promise of his coming? For, from the day that the fathers fell asleep, all things continue as they were from the beginning of the creation.”  For this they willfully forget that there were heavens from of old, and an earth formed out of water and amid water by the word of God; by which means the world that then was, being overflowed with water, perished.  But the heavens that now exist, and the earth, by the same word have been stored up for fire, being reserved against the day of judgment and destruction of ungodly men.  But don’t forget this one thing, beloved, that one day is with the Lord as a thousand years, and a thousand years as one day.  The Lord is not slow concerning his promise, as some count slowness; but is patient with us, not wishing that any should perish, but that all should come to repentance.  But the day of the Lord will come as a thief in the night; in which the heavens will pass away with a great noise, and the elements will be dissolved with fervent heat, and the earth and the works that are in it will be burned up.  Therefore since all these things will be destroyed like this, what kind of people ought you to be in holy living and godliness, looking for and earnestly desiring the coming of the day of God, which will cause the burning heavens to be dissolved, and the elements will melt with fervent heat?  But, according to his promise, we look for new heavens and a new earth, in which righteousness dwells.  Therefore, beloved, seeing that you look for these things, be diligent to be found in peace, without defect and blameless in his sight.  Regard the patience of our Lord as salvation; even as our beloved brother Paul also, according to the wisdom given to him, wrote to you;  as also in all of his letters, speaking in them of these things. In those, there are some things that are hard to understand, which the ignorant and unsettled twist, as they also do to the other Scriptures, to their own destruction.  You therefore, beloved, knowing these things beforehand, beware, lest being carried away with the error of the wicked, you fall from your own steadfastness.  But grow in the grace and knowledge of our Lord and Savior Jesus Christ. To him be the glory both now and forever. Amen.  2 Peter 3

The sinners in Zion are afraid. Trembling has seized the godless ones. Who among us can live with the devouring fire? Who among us can live with everlasting burning?  He who walks righteously, and speaks blamelessly; He who despises the gain of oppressions, who gestures with his hands, refusing to take a bribe, who stops his ears from hearing of blood, and shuts his eyes from looking at evil—  he will dwell on high. His place of defense will be the fortress of rocks. His bread will be supplied. His waters will be sure.  Your eyes will see the king in his beauty. They will see a distant land. Isaiah 33:14-17