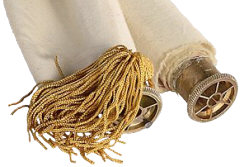 Yet now, if you will, forgive their sin—and if not, please blot me out of your book which you have written.” Yahweh said to Moses, “Whoever has sinned against me, him I will blot out of my book. Exodus 32:32,33

You count my wanderings. You put my tears into your container. Aren’t they in your book?  Then my enemies shall turn back in the day that I call. I know this, that God is for me.  In God, I will praise his word. In Yahweh, I will praise his word.  I have put my trust in God. I will not be afraid. What can man do to me?  Your vows are on me, God. I will give thank offerings to you.  For you have delivered my soul from death, and prevented my feet from falling, that I may walk before God in the light of the living.  Psalms 56:8-13

Yahweh will count, when he writes up the peoples, “This one was born there.” Selah. Psalms 87:6

Let them be blotted out of the book of life, and not be written with the righteous.  Psalms 69:28

“At that time Michael will stand up, the great prince who stands for the children of your people; and there will be a time of trouble, such as never was since there was a nation even to that same time. At that time your people will be delivered, everyone who is found written in the book. Many of those who sleep in the dust of the earth will awake, some to everlasting life, and some to shame and everlasting contempt. Daniel 12:1,2

In that day, Yahweh’s branch will be beautiful and glorious, and the fruit of the land will be the beauty and glory of the survivors of Israel.  It will happen, that he who is left in Zion, and he who remains in Jerusalem, shall be called holy, even everyone who is written among the living in Jerusalem;   when the Lord shall have washed away the filth of the daughters of Zion, and shall have purged the blood of Jerusalem from within it, by the spirit of justice, and by the spirit of burning. Isaiah 4:2-4

“My hand will be against the prophets who see false visions and who utter lying divinations. They will not be in the council of my people, neither will they be written in the writing of the house of Israel, neither will they enter into the land of Israel. Then you will know that I am the Lord Yahweh” Ezekiel 13:9

The seventy returned with joy, saying, “Lord, even the demons are subject to us in your name!”  He said to them, “I saw Satan having fallen like lightning from heaven.  Behold, I give you authority to tread on serpents and scorpions, and over all the power of the enemy. Nothing will in any way hurt you.  Nevertheless, don’t rejoice in this, that the spirits are subject to you, but rejoice that your names are written in heaven.” Luke 10:17-20

Yes, I beg you also, true partner, help these women, for they labored with me in the Good News, with Clement also, and the rest of my fellow workers, whose names are in the book of life.  Philippians 4:3

But you have come to Mount Zion, and to the city of the living God, the heavenly Jerusalem, and to innumerable multitudes of angels, to the festal gathering and assembly of the firstborn who are enrolled in heaven, to God the Judge of all, to the spirits of just men made perfect, to Jesus, the mediator of a new covenant, and to the blood of sprinkling that speaks better than that of Abel. Hebrews 12:22-24

He who overcomes will be arrayed in white garments, and I will in no way blot his name out of the book of life, and I will confess his name before my Father, and before his angels.  Revelation 3:5

All who dwell on the earth will worship him, everyone whose name has not been written from the foundation of the world in the book of life of the Lamb who has been killed.  Revelation 13:8

The beast that you saw was, and is not; and is about to come up out of the abyss and to go into destruction. Those who dwell on the earth and whose names have not been written in the book of life from the foundation of the world will marvel when they see that the beast was, and is not, and shall be present.  Revelation 17:8

I saw a great white throne, and him who sat on it, from whose face the earth and the heaven fled away. There was found no place for them.  I saw the dead, the great and the small, standing before the throne, and they opened books. Another book was opened, which is the book of life. The dead were judged out of the things which were written in the books, according to their works.  The sea gave up the dead who were in it. Death and Hades gave up the dead who were in them. They were judged, each one according to his works.  Death and Hades were thrown into the lake of fire. This is the second death, the lake of fire.  If anyone was not found written in the book of life, he was cast into the lake of fire. Revelation 20:11-15

The city has no need for the sun, neither of the moon, to shine, for the very glory of God illuminated it, and its lamp is the Lamb.  The nations will walk in its light. The kings of the earth bring the glory and honor of the nations into it.  Its gates will in no way be shut by day (for there will be no night there), and they shall bring the glory and the honor of the nations into it so that they may enter.  There will in no way enter into it anything profane, or one who causes an abomination or a lie, but only those who are written in the Lamb’s book of life.  Revelation 21:23-27

Andrews, J.N. The Judgment. Its Events and their Order